At an event in Belfast’s Harbour Commissioners attended by beneficiaries of the charity and its generous donors, the charity officially launched its new branding and its latest fundraising appeal which aims to raise £800,000 to build two isolation rooms that will be added to the Cancer & Haematology Unit at The Royal Belfast Hospital for Sick Children in the next 18 months.

The new isolation rooms will support children receiving life-saving treatment at the local unit and will enable the charity to improve its offering by creating a safe space for high risk patients. The charity was responsible for funding the development of the Cancer & Haematology Unit at The Royal Belfast Hospital for Sick Children back in 1986 which cost £3million.

Speaking on behalf of The Children’s Cancer Unit Charity, Jacqueline Wilkinson, administrator, said, “Between 50 – 60 children with newly diagnosed cancer , and between 100 -200 newly diagnosed children with benign haematological conditions are treated in the Cancer & Haematology Unit each year. Our plan is to build and open two new isolation rooms, which will provide essential protection for children receiving immune suppressive treatments and require rigorous safeguarding from infection. These vital rooms will assist the Unit in providing treatment for all the at-risk children each year.

Talking about the campaign and the charity’s commitment to helping young people with cancer and blood disorders, Karen Brookes, Co-Director, Planning & Redevelopment, Belfast Health and Social Care Trust said, “We welcome the current fundraising efforts from The Children’s Cancer Unit Charity who in addition to funding the development of the Cancer & Haematology Unit also donated £300,000 to the Children’s MRI scanner which is arriving next week. The unit is widely used by patients from across Northern Ireland and the additional isolation units are now a necessity. The Belfast Trust will also be creating a new dedicated entrance to the unit, providing children and their families with ease of access and privacy whilst they undergo treatment.”

The Northern Ireland Children’s Cancer Unit Fund was set up in April 1984 by parents, relatives, friends and medical professionals concerned about facilities for children and young adults with cancer and blood disorders such as haemophilia and has set a long term objective to achieve a dedicated haematology and oncology unit for children at the new children’s hospital planned to open its doors within the next five years. 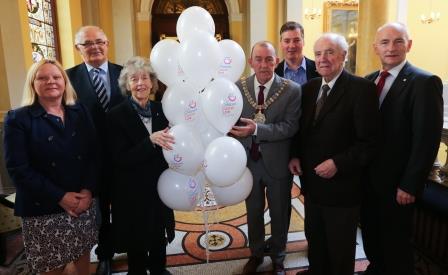