My name is Caitlin Warke.  When I was 8 years old, I was diagnosed with a brain tumour which is situated on my optic nerve.  I was referred to RVH for sick children.  I had an operation in 2008 which lasted 12 hours, the purpose of this was to take a biopsy and remove as much of the tumour as possible.  Having had surgery this unfortunately didn’t stop the tumour growing so therefore I had to be referred to oncology.  This is where I met my Doctor (Dr McCarthy).  I was placed on an 18 months course of chemotherapy.  Initially I attended the hospital every 3 weeks for my treatment.  Chemotherapy is a tough treatment to go through.  I lost all my hair and lost over a third of my initial body weight and had to be fed through a tube into my nose.  I also ended up being admitted to hospital a few times when my immune system was too low to fight infections.  However every time I went to the hospital I was greeted with friendly faces and play specialists ready to entertain me and with the nurses and doctors I always felt in safe hands. During my treatment I made friends with other children who were on the ward going through treatment too.

Whilst receiving my treatment I was unable to go to school like every other child so I had to have a tutor come to my house to help me keep up with my school work.  I also looked forward to a play specialist coming to my house, we had lots of fun making things.  We even painted on our windows a snowman and a reindeer at Christmas time.

Throughout my treatment I got regular MRI scans to check my progress.  The chemotherapy was successful until I got a MRI scan in 2012, which revealed that my tumour had begun to grow again.  Dr McCarthy thought that I should start another course of chemotherapy again which I started but as my immune system was hit before it was really hard for me to suffer the chemo again as my blood counts were too low.  So I had surgery again, this time the aim was to remove the tumour.  I remember waking up immediately after my operation and discovering my central line, Mr Wiggly which was supposed to have been removed during the operation was still there, so I shouted at Dr McCarthy and told him off! All the nurses found out and they were all laughing at the thought of a 12 year old giving off to him!  During the 15 hour operation this time Mr McAuley was able to remove a lot of the tumour but not all and in a follow up scan it showed it was still active.  A big decision was then made for me to go to America to have a type of radiotherapy called Proton Beam.  I was the third person from Northern Ireland to receive this specialist treatment.  This was a big ordeal not only for me but for my whole family as we all went there for 10 weeks!

Even though I was there for treatment it was like a holiday as well, as we got the opportunity to go to all the Disney Parks and enjoy all the shopping.  Thankfully everything went according to plan and we got home for Christmas.  It was amazing to be home to see everyone again.  Since my radio therapy I have continued to have regular MRI scans and attend the hospital for check-ups.

I would really like to take this opportunity to say a really big thank you to Dr McCarthy and his team, all the nurses and play specialists in the haematology/oncology unit who looked after me and helped me through a difficult time. 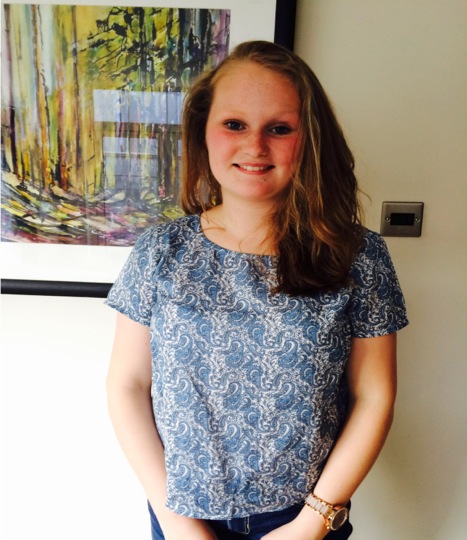