The Children’s Cancer Unit Charity (CCUC) would like to thank all those who took part in their biennial golf days at Rockmount Golf Club. The golfers, tee and event sponsors, headline partner Hinch Distillery, catering team, visiting Professional Wesley Ramsey and the Patterson family all contributed to making this year’s event such a success.

The two day golf tournament is a key event in the fundraising calendar of the local charity which supports the work of the Children’s Haematology and Oncology Unit at the Royal. The event in 2020 was postponed due to the pandemic, and the organising committee had to adapt their plans to ensure players could take part and support the cause safely this time around.

Felix Mooney, Chairman of the CCUC Golf Committee, explained the determination behind making this year’s event a success. He said:

“This has been an incredibly difficult 18 months for charities across all sectors in Northern Ireland, especially those that support the hardworking teams in our hospitals and healthcare centres. That’s why the CCUC Golf Classic was more important than ever, as we’ve seen firsthand the pressures on the doctors, nurses and support staff who have continued to care for their young patients, during what must have been the most challenging time in their careers.

“The pandemic halted most charity events and greatly reduced opportunities for people to raise funds for the Children’s Cancer Unit, but we were able to pull together another fantastic event in the short opening we had in September and we are overwhelmed with the response we got. We didn’t think we would be able to top the total of £80,000 raised last time, particularly under the restricted circumstances caused by Covid, so we are absolutely delighted to announce that together with all our supporters we raised over £103,000 for this important cause.”

More than 64 four ball teams played at Rockmount Golf Course on 8 and 9 September, and attended the charity dinner which hosted a major raffle and auction. Helping the committee surpass the fundraising achievements from previous events was the inclusion of ‘money can’t buy’ prizes, donated by Terry Cross, Chairman of the main sponsor, Hinch Distillery and Killaney Estates.

John Morgan, Member of the CCUC Golf Committee added: “There were no sore losers out on the course, only some excellent displays of golf and good sportsmanship in the name of a great cause. We recognise that this has been a difficult year for many local businesses taking part, so we appreciate their continued support all the more.

“We would not be able to provide the much needed funds for the Children’s Cancer Unit Charity through this event without our corporate partners, sponsors and supporters who all play a fundamental role in making this biennial day out such a success.”

In Northern Ireland, between 60-70 children are diagnosed with cancer each year. This figure is increased to around 150 when teenagers and young people up to the age of 24 are included. The Children’s Cancer Unit at the Royal Belfast Hospital for Sick Children is the only place in Northern Ireland where these young patients can receive specialist treatment for cancer and blood disorders. 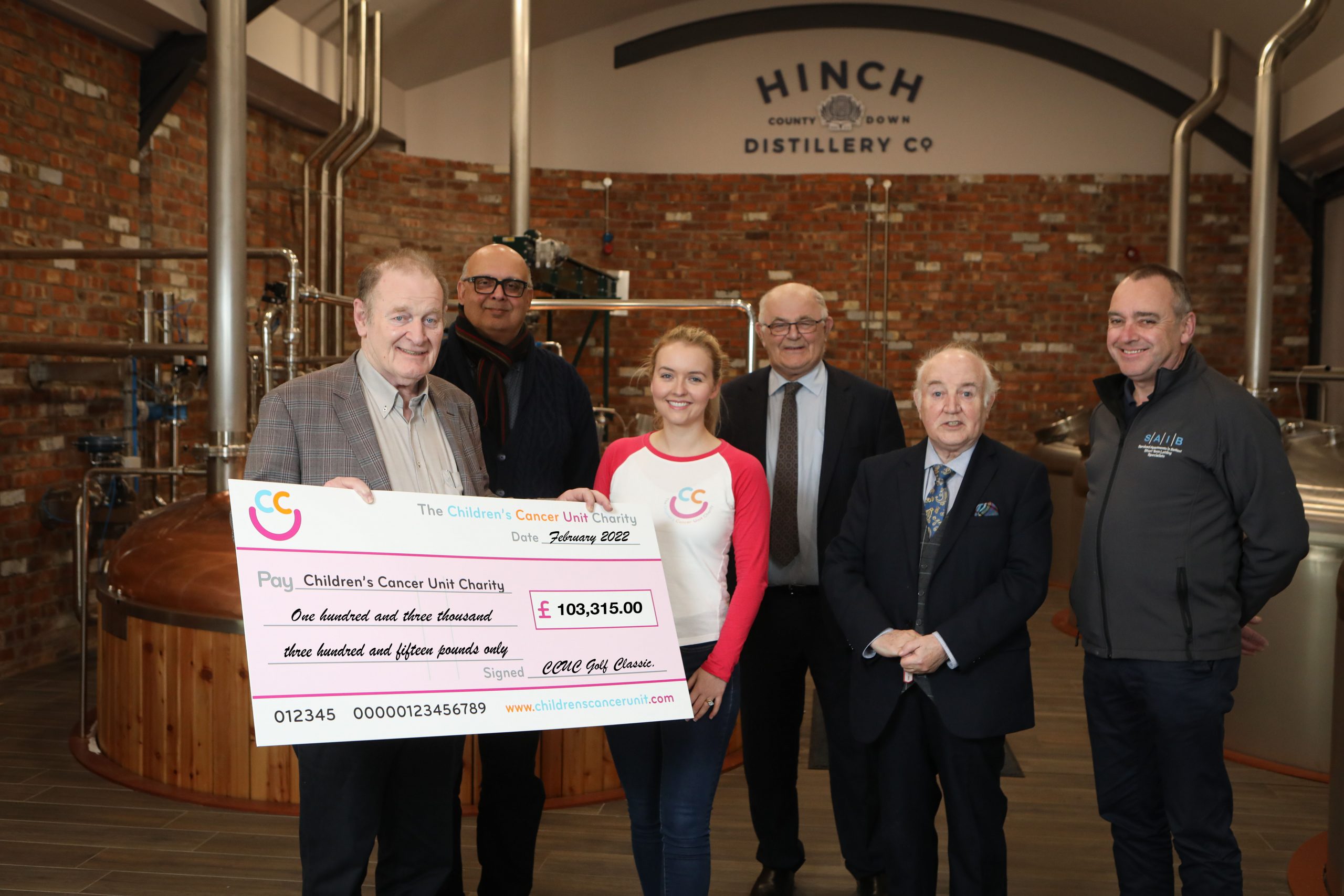