The rugby legends brought the RBS 6 Nations Trophy and Triple Crown to the Children’s Cancer Unit where patients and their families had the chance to meet the players, discuss Ireland’s chances against France this weekend and be photographed with the highly-coveted silverware.

“It was a nice surprise to many of them who are big rugby fans and who weren’t expecting to see some of their heroes at the hospital today.  Alan, Steven and Luke were great with the kids and were so generous with their time. We can’t thank them enough for visiting the Unit and brightening everyone’s day.”

Former Ulster ace, Stephen Ferris said they were delighted to visit the kids and the staff in the hospital:

“The kids here are going through a lot and so are their families. If we can help bring a smile to a few faces then we are delighted to be able to that. If the Irish team show the same courage and fight as these kids then I think the team will be ok for the France game.” 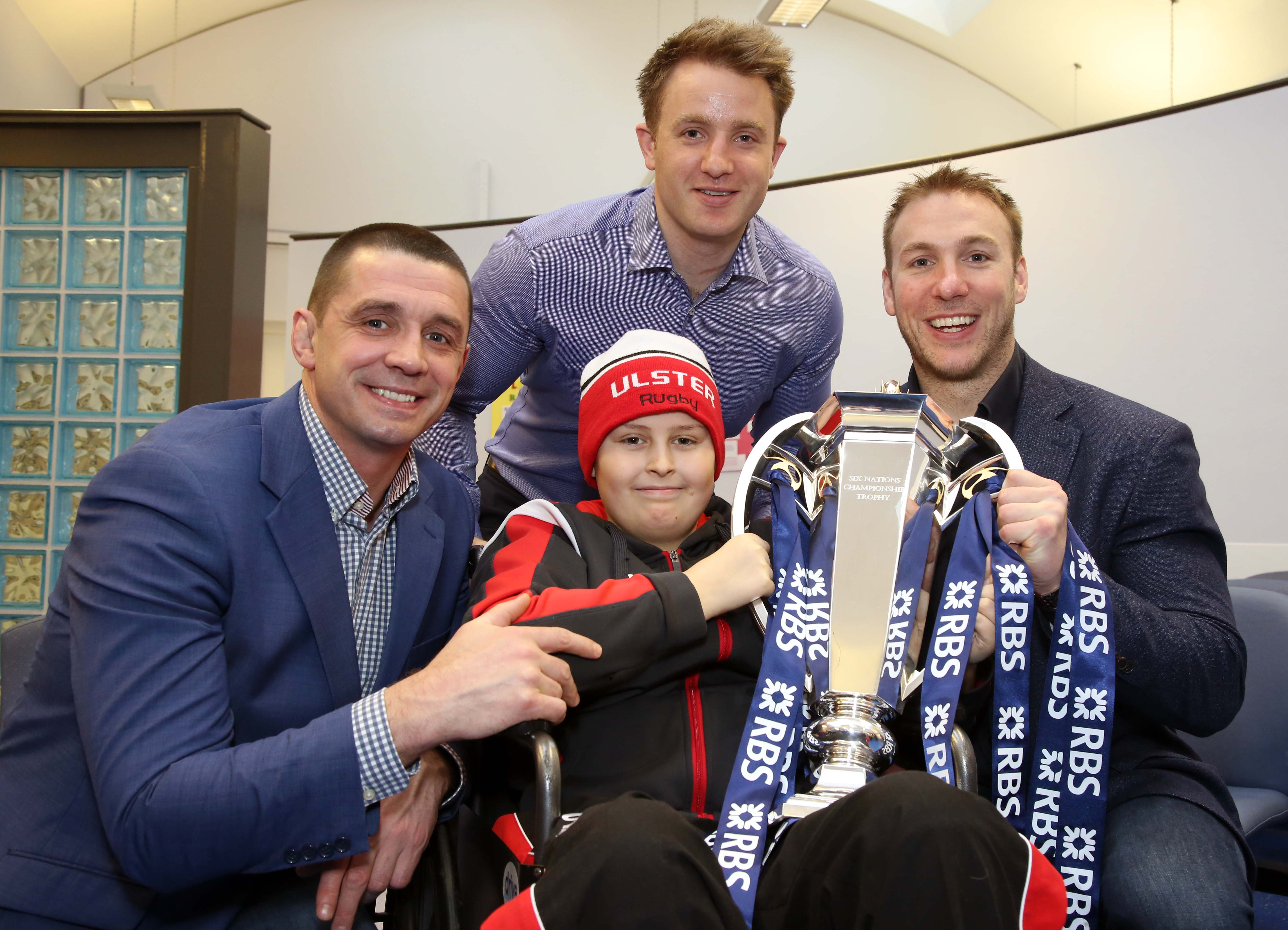