Families, patients and staff gathered at the Royal Belfast Hospital for Sick Children today to officially open two brand new rooms which have been built for the Cancer Unit, following a fundraising drive by the Children’s Cancer Unit Charity.

These new rooms will not only increase the number of beds at the Unit from eight to 10, they are also specialist isolation rooms which create infection free zones suitable for the treatment and care of the most vulnerable patients.

Construction of the additional space was made possible by public donations made to the Children’s Cancer Unit Charity which raises funds to support the work of the Unit at the Children’s Hospital.

“The role of the Children’s Cancer Unit Charity is to ensure that the medical team here have everything they need in order to provide the best possible care and treatment for their young patients who come from right across Northern Ireland.  One of the key issues facing the team is space, so providing two extra beds is a huge improvement for their service.

“We would like to thank all of our supporters who have raised the necessary funds to build these rooms and played their part in making this happen. We are also extremely grateful to the Belfast Health & Social Care Trust who funded and built the corridor which connects our new rooms to the existing Unit.”

“Today we celebrate the completion of an extension to the unit, providing two protective isolation bedroom suites, this new facility will not only increase the capacity of the unit but will provide a greatly enhanced clinical environment for the treatment of patients and we are indebted to the financial support from the Children’s Cancer Unit Charity.

“I would like to thank the clinical team led by Dr Anthony McCarthy and Ward Sister Bernie McShane not only for their input into the design process but for the excellent care delivered by the team on a daily basis.”

Invited guests were joined by Carl Frampton who cut the ribbon to open the rooms. He said:

“I’m delighted to be here to open and get a first look at these special new rooms at the Children’s Cancer Unit.  It is so important that we have the best facilities to treat children who are sick, so providing more beds and space for the medical team to care for them is a great achievement.

“Kids who battle with cancer are true fighters and it’s great to see the charity and staff here at the hospital doing their bit to support them and having a positive impact on the lives of families across Northern Ireland.”

The Unit currently caters for around 200 young patients each year, while up to 70 new cases of childhood cancer are diagnosed in Northern Ireland annually. 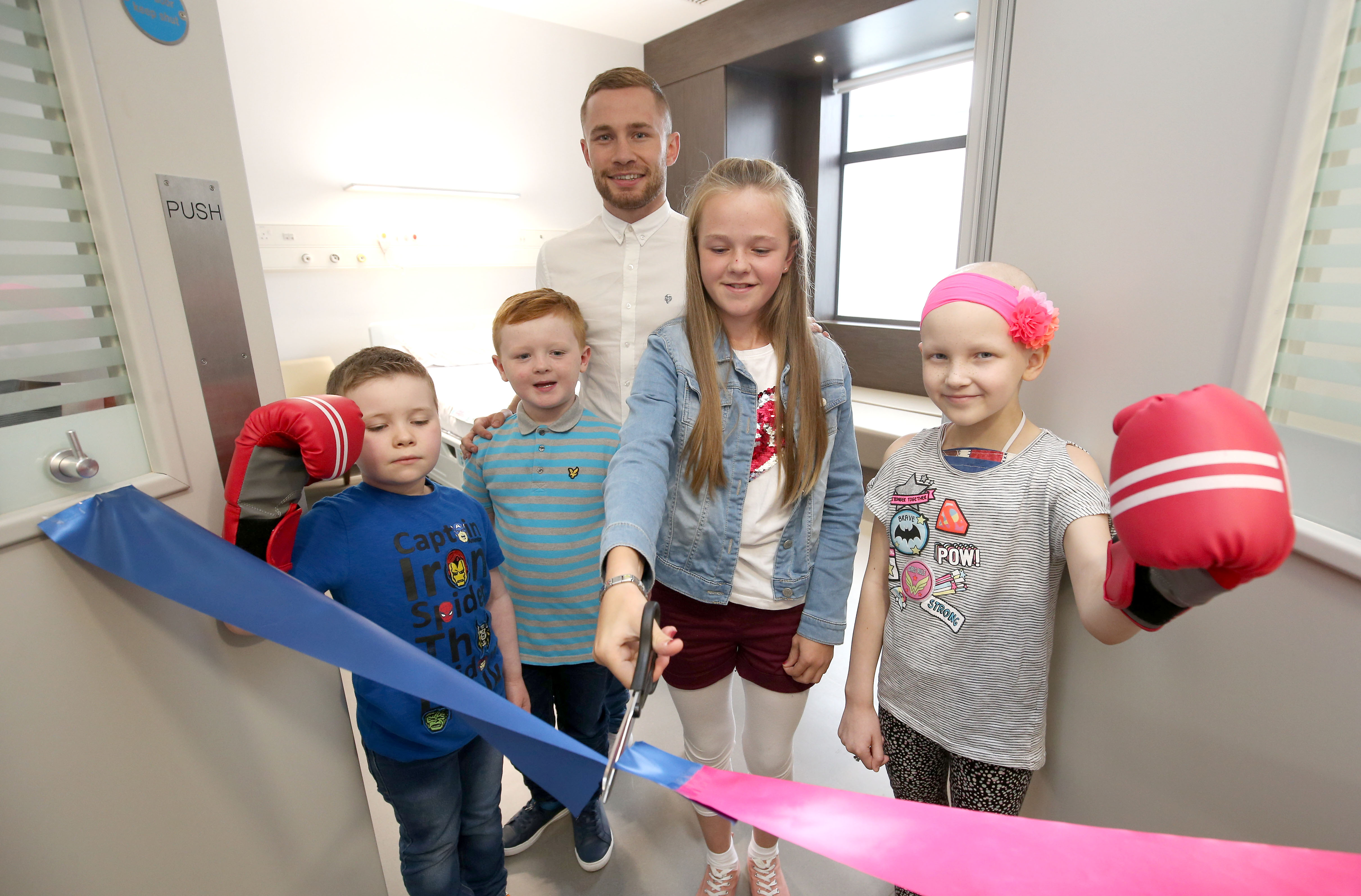