GAME OF THRONES: The Touring Exhibition in partnership with The Children’s Cancer Unit Charity was delighted to host parents and carers of those living with cancer.

The charity and the exhibition joined forces to give the very deserving guests an interactive and immersive GAME OF THRONES ® experience that they wouldn’t forget.

Not only did the visitors get to experience the dramatic exhibition, which combines costumes, props and majestic settings from all eight seasons, including the never-seen before sets – the Winterfell Crypt and Dragon Skull pit (exclusives to the Belfast), but they were also surprised and then guided by local actors and GAME OF THRONES ® stars, Ian McElhinney, who played Ser Barristan Selmy, Ian Beattie, Ser Meryn Trant and Michael Condron, Bowen Marsh, First Steward of the Night’s Watch.

At the event, which was part of the charity’s event series to support families affected by childhood cancer in Northern Ireland, Ian revealed to the guests of honour his favourite items in the exhibition.

Ian Beattie commented, “I’m proud to be working with TBL International to support the charity which supports the work of the team at the Unit that has saved the lives of many unwell children.”

Anna McDonald, Communications Manager for the Children’s Cancer Unit Charity commented, “We are so grateful to Ian and the TBL International team for inviting us to experience the exhibition before it leaves the UK and Ireland. It is so important for our special parents and carers to take some much-needed time to look after themselves and to take a break from the stress of the hospital, treatment and, which can often be the case, isolation. This has been a truly unique event and everyone has thoroughly enjoyed it.”

The Children’s Cancer Unit Charity raises funds to support the medical team and staff at the Royal Belfast Hospital for Sick Children, helping to ensure children affected by cancer in Northern Ireland, and their families, have access to the best possible treatment and care.

Running until 8th September, bend the knee and book tickets on gameofthronesexhibition.co.uk before it’s too late. 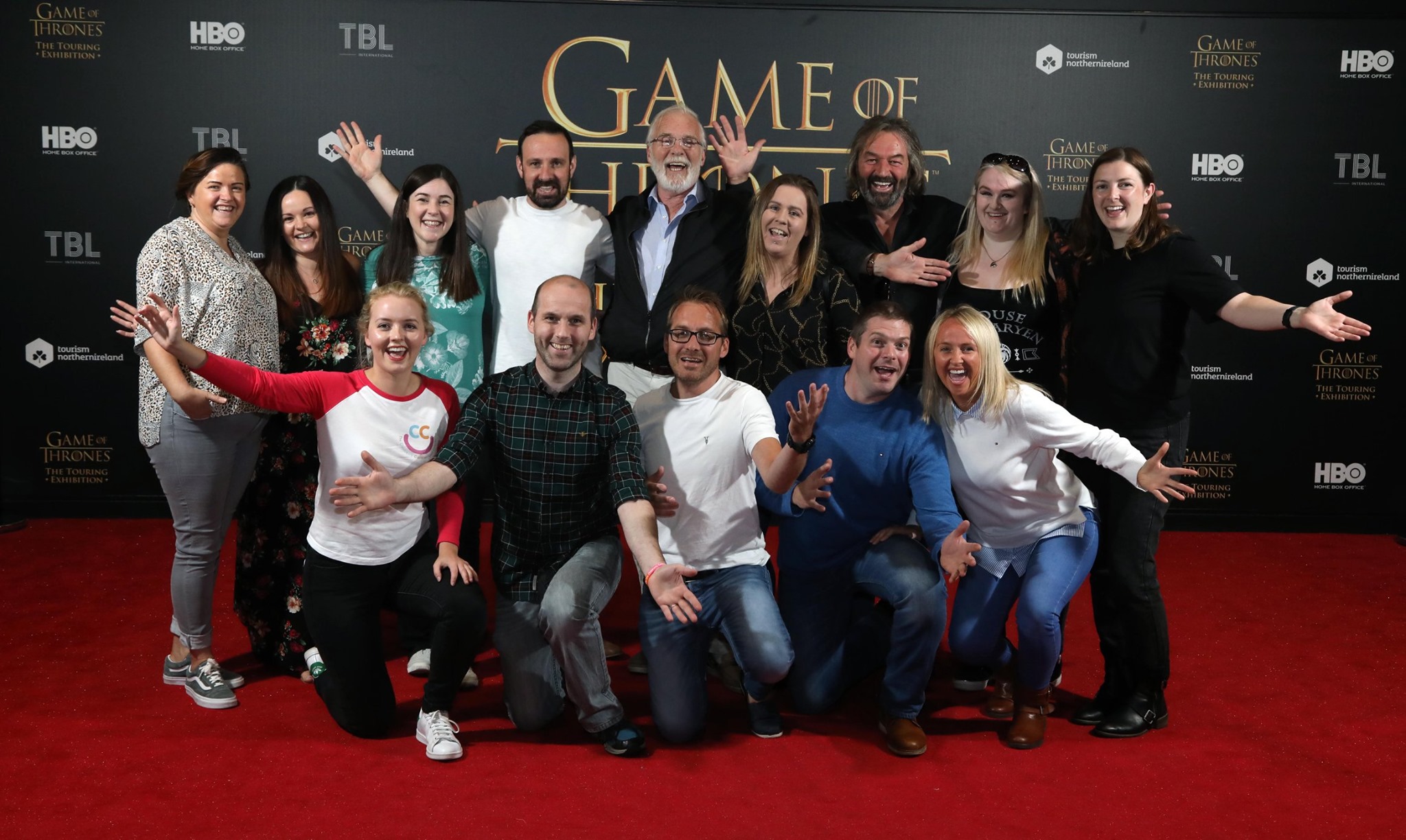