Lord Mayor, Arder Carson, has called on superheroes and princesses to swoop into the Falls Park next month for a family fun day and run to raise money for the Children’s Cancer Unit at the Royal Belfast Hospital for Sick Children (RBHSC).

He wants to help the charity raise £1,000,000 to extend the Children’s Cancer Unit so it can have two new isolation rooms for children with infections.

Activities to suit all ages including bouncy castles, pony rides, face painters, climbing wall and other fun things will be available in the Falls Park on Saturday, 5 March from 1-3pm. Everyone is invited to attend. Fancy dress is optional.

“The unit is the only place in the North where young people suffering from cancer can be treated so it is vital that we do what we can to support it. It is one of my chosen charities and follows my theme for the year which is Lord Mayor of Communities.”

“This fun day is a great way of allowing the whole community to support the Children’s Cancer Unit and I hope everyone will take the opportunity to do so,”

Felix Mooney, Chairman of the Children’s Cancer Unit Charity said: “We are delighted to have the Lord Mayor’s support for our latest fundraising attempts. Our charity was set up with the help of previous Lord Mayor, Alderman John Carson in 1986, so it is apt that in 2016, another Lord Mayor, Arder Carson, is continuing to help us as we support children with cancer and their families.

“We support an eight-bedded unit at the RBHSC which provides specialist staffing, specialised play and nursery care, counsel and assistance for families, and supports medical research.”

“However, we need to raise at least £1,000,000 this year to fulfil a commitment to build two new isolation rooms to add to existing haematology unit for children who are admitted with infections. At the minute some children are sent home to wait for a bed to become free in the unit in order to receive their chemotherapy,”

“I would encourage everyone to come along to the Falls Park on Saturday 5 March. Anyone who can’t make it but wants to help can donate via www.justgiving.com/superherofunday ,”

More information on the event is available at www.belfastcity.gov.uk/parkevents 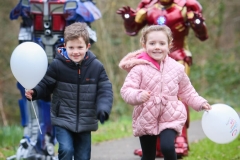 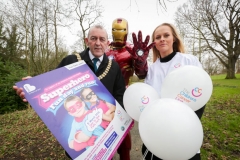 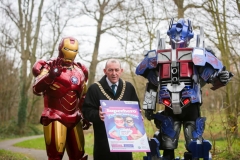 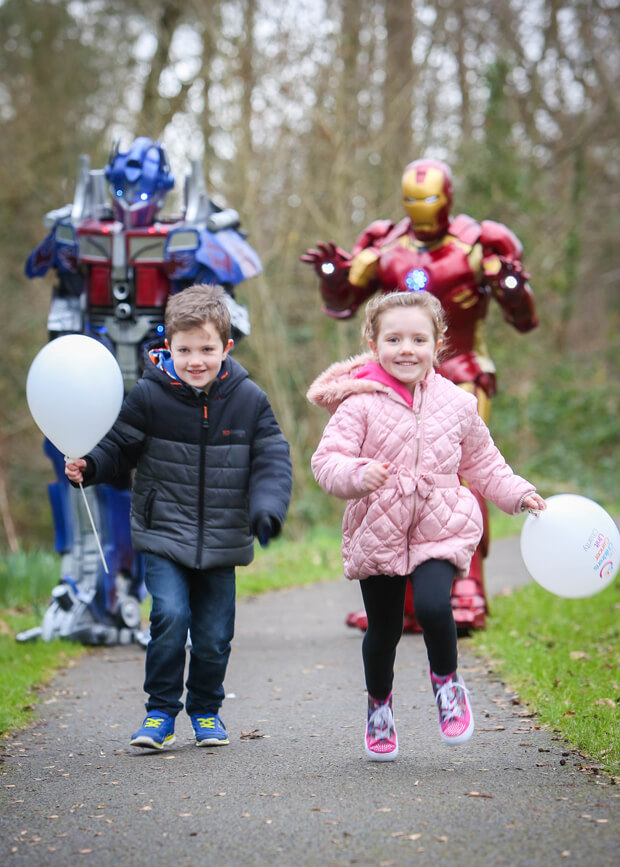