Lauren Fitzgerald, age 13 and Ruaidhri Taylor, 18, were on hand to cut the ribbon on a new and improved wing of the Children’s Cancer Unit which now houses specially designed bedrooms, more suitable for teenage patients.

Speaking at the event, Ruaidhri, who also raised funds to purchase several games consoles for the rooms, explained how important they are. He said:

“When you are receiving treatment at the Children’s Cancer Unit, you can sometimes be here for weeks at a time. So, to have a nice, cosy space to make your own for a little while is really important. These rooms look fantastic, especially the new mood lighting, wall graphics and extra games consoles.”

The rooms were renovated thanks to support of almost £40,000 from Cash for Kids, the official charity of Downtown Radio and Cool FM which raises money for disadvantaged local children all over Northern Ireland. The funds were raised together with Ulster Bank staff during their annual ‘One Week in June’ campaign in 2016 and were then allocated to this special project.

“Overcoming disadvantage and providing support to some of the most vulnerable, sick and in need children in Northern Ireland is our goal. We achieve this by working alongside the most influential and community focused NI business leaders like Ulster Bank.”

“We rely entirely on public donations to help us support the work of the Children’s Cancer Unit, so the funding from Ulster Bank and Cash for Kids was essential in allowing us to refurbish these important rooms.

“We are incredibly grateful to everyone involved in this project, including the Belfast Trust, the building team at Killowen Contracts, Cash for Kids, Ulster Bank, the staff at the Unit and the families who have had to tolerate the construction process.”

A spokesperson from Belfast Trust said:

“We would like to thank The Children’s Cancer Unit Charity for their kind donation which made it possible to officially open these two rooms. The improvements that have been made to the Unit will improve our young patients experience whilst receiving treatment.” 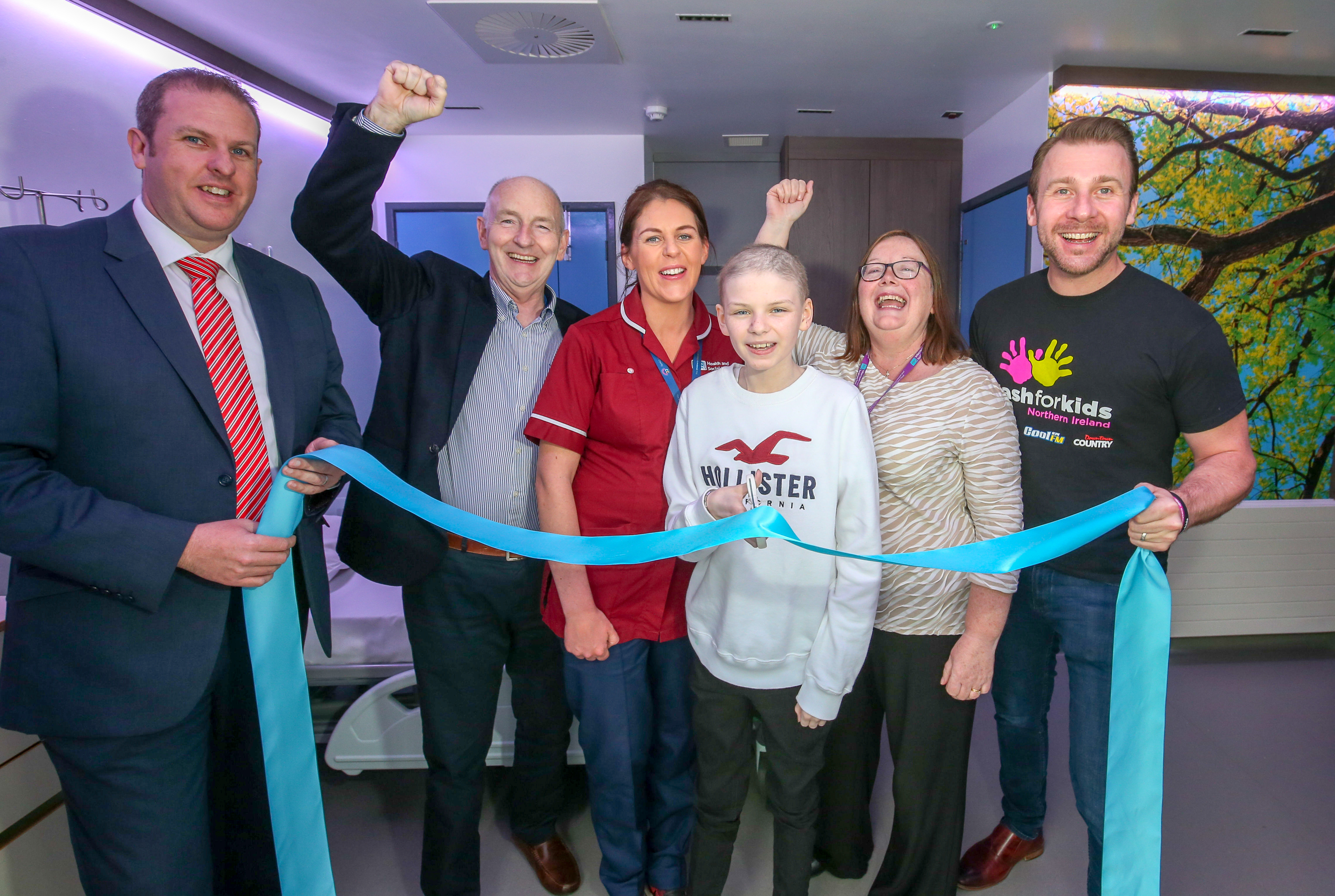