I am asked frequently why I do what I do. ‘Isn’t it very depressing…that’s a hard specialty.. why did you get into such a specialty….,’

A mum passed on to me this video today. Sam (8) like any other boy of his age wants to climb. A lot of boys his age do so, so what’s the difference here, you might ask? Look at the video and can you tell me in which arm did he have the lower part of his upper arm replaced by a bone from his leg only 18 months previously?

Peter (13) was born with little or no movement in his legs because of a tumour infiltrating into his spine. Peter received chemotherapy and underwent surgical resection of his tumour as an infant. Peter introduced me very recently to wheelchair basketball (he plays for Northern Ireland)and more recently has become involved in wheelchair hurling. I have heard of wheelchair rugby, also known as ‘Murder Ball’, but this brings it all to another completely different level. He also climbs walls like Sam.

Jordan (14) was devastated when he lost his leg. This was the final fatal blow and was naturally very down with his predicament. Jordan had always so impressed us all by the very positive way in which he accepted his diagnosis and this positive attitude bore him well through very intensive chemotherapy. He was never sick. He never needed admissions with fevers and sore mouths. The incredible power of positive thinking, one might say. Jordan went to the orthopaedic hospital where he was fitted with his new prosthetic limb. He walked on the first day, there’s video evidence to prove it and two weeks later insisted on attending the hospital in a pair of shorts. The positive spirit has returned.

Jay (3) was being put asleep for his lumbar puncture. Tony (haematology lab) joked with him saying that he wouldn’t reach the count of 10 before being sound asleep. Surely enough by the count of 8 or 9, Jay’s eyes closed over. As we all heard the words 10 come from Tony’s mouth, Jay suddenly opened his eyes and said ‘Gotcha…!’ He then promptly fell deep asleep, much the extreme merriment of all of us who were there.

Megan (19) left me in her A level Art project which depicted her cancer journey. She used her theme to learn more about her illness and the time she spent in hospital. She says ‘I came to realise that having cancer is nothing to feel insecure about but in a way to feel proud of because I had survived it’

We sadly cannot cure all the children attend the unit – current overall cure rates for all childhood cancer exceeds 80% at 5 years. The courage and the dignity of those children and their parents and families, whether they live or die, remains as an enormous inspirational factor to all of us who have are privileged to work in this field of medicine. 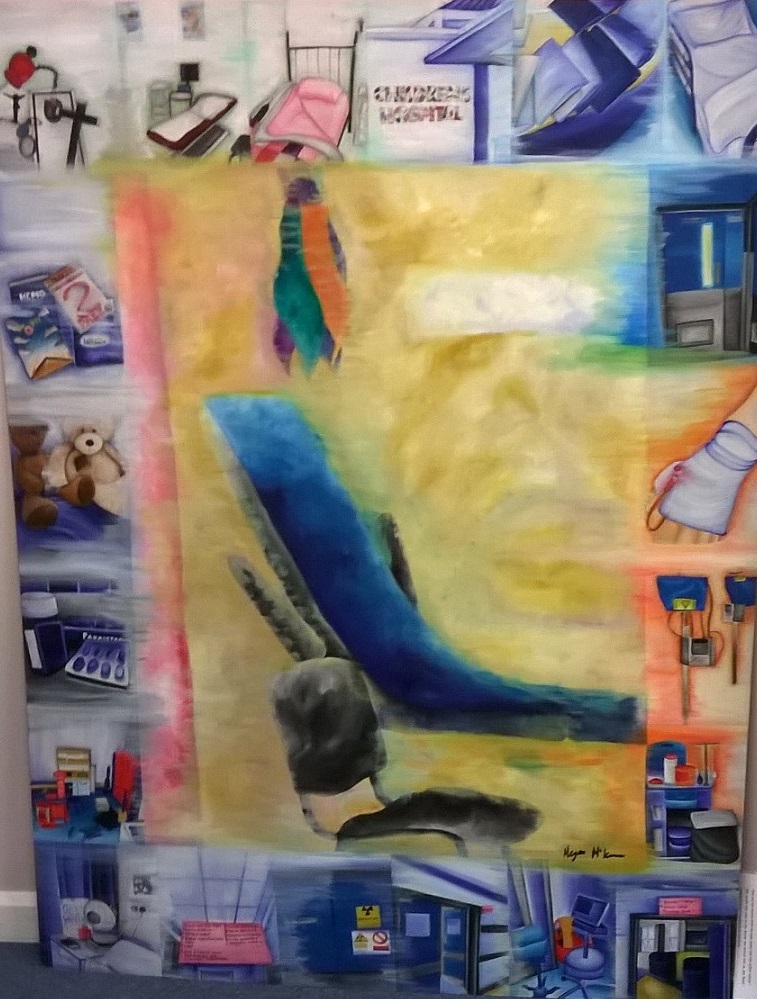