A charity football match was staged at Seaview, where motorcyclists from road racing took on racers-come-players from the short circuit. Players included Michael and William Dunlop, Glenn Irwin and Alastair Seeley, as well as managers David Healey and Sammy Clingan. While the competitive game finished in a draw, the main result accumulated over £9,000 being raised for the local children’s charity.

Gary Dunlop, organiser of the event and captain of the Road Racers team, visited the Unit with Short Circuit captain, Nikki Coates. They brought with them a Joey’s Bar MCC 125 motorbike for young patients to hop on and feel what it would be like to drive one for themselves.

Handing over the total fundraising cheque, Gary said: “This is the second year running that we have held this charity football match and while I’d like to say it is a friendly affair, it certainly brings out the competitive streak in some of our players.

“We received incredible support this year from friends, family and sponsors, particularly Charles Hurst who helped us put the event together. Some special thanks also needs to go our hosts, Crusaders FC who were hugely generous and supportive. Every penny counts and when you get to visit the children like we have today, you get to see just how worthwhile it all is. It was great to be able to get the kids outside for a while and put a smile on their faces as they sat on the bike with their families.”

Speaking during the visit, Jacqueline Wilkinson from the Children’s Cancer Unit Charity said: “We are so grateful to Gary, Nikki and all the players who took part and supported the fundraising football match in aid of the Children’s Cancer Unit Charity. Without the support of fundraisers like this one, we could not carry out our work so we congratulate the teams on raising such a fantastic sum of money for the charity.

“The vital funds raised by the motorcycling community will go directly towards supporting the work of the medical team and staff at the Children’s Cancer Unit, allowing them to continue to provide the best possible care for the young patients who are treated here.” 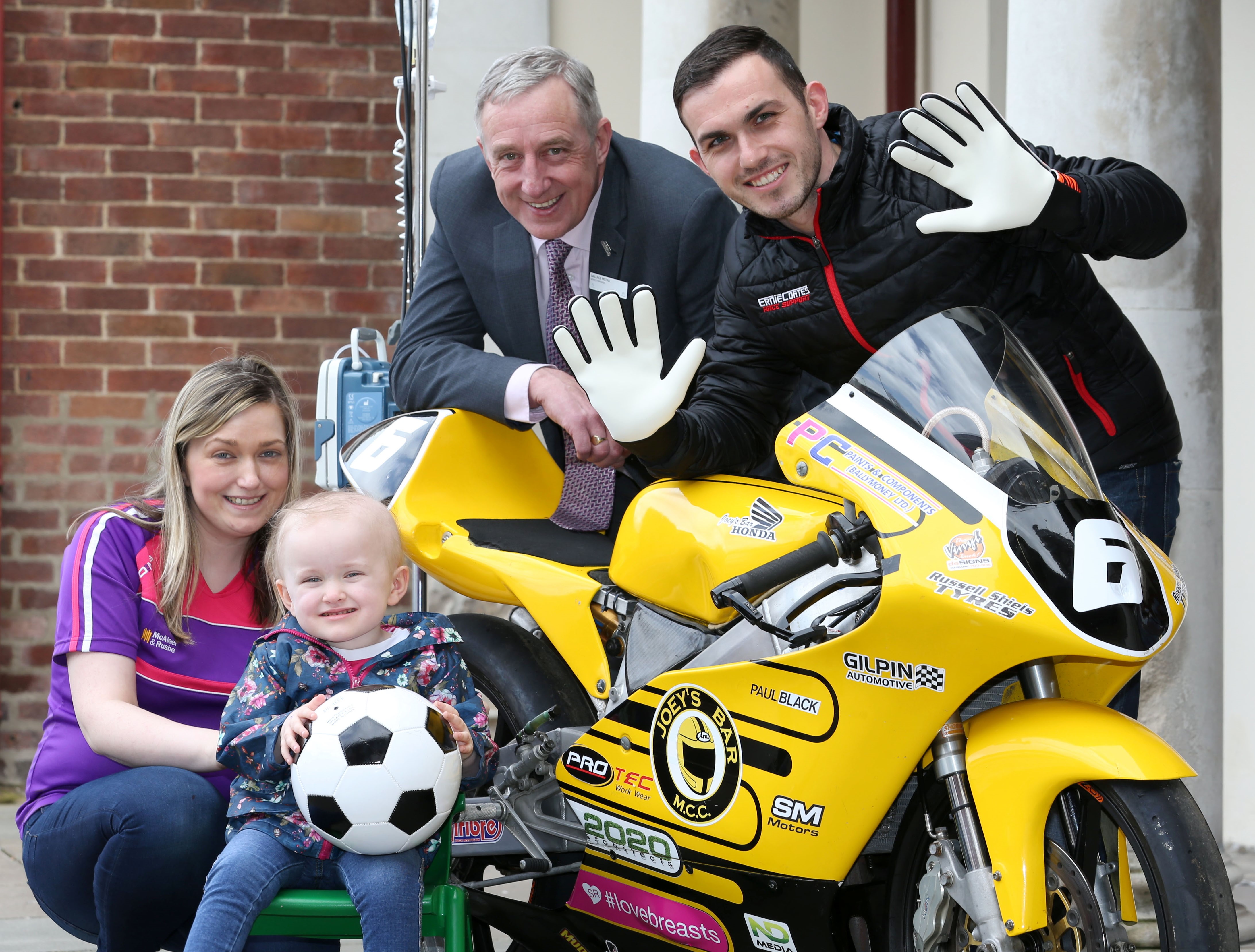